Be careful when bringing certain products to Brazil.

Information and Useful Advice About Baggage

Time Limit for Acceptance of Baggage

Although not recommended due to luggage inspection by the Transportation Security Administration (TSA), now there are locks available that can be used to secure your luggage without breaking the lock or damaging your baggage.

Checking as Baggage or Carry-ons?

At the counter, your baggage is placed in a series of conveyor belts. The conveyor belts transport baggage to a location where each piece is loaded into carts according to your flight number and destination. In large airports, automated scanners read the barcode labels of destination and send the luggage to the correct loading area. Your luggage will go through a series of conveyor belts, tunnels and other mechanisms before reaching the point where it is loaded into trucks and transported to the plane.

Important: Remove any luggage straps, hangers and protruding objects before checking it, as these items can get stuck in the baggage system and be damaged. Bags that are too full and not designed to withstand much weight can open in the conveyor system.

The luggage is placed in the cargo compartment of the aircraft, usually via a conveyor belt. Due to the limited space of the compartment, the bags are placed one over another. While the luggage compartments secures the luggage with nets or straps, bags can shift during flight due to the inclination of the plane during takeoff.

Important: Because this is the conventional way to carry your luggage, it is inevitable that fragile items break or are damaged. It is recommended not to pack fragile items in checked baggage.

In the unlikely event of your luggage being damaged, you must personally report the problem to a Baggage Service Representative of the Airline within four hours after the arrival of the flight on which the baggage was checked on U.S. domestic routes, and within seven days on international routes.

Come to our office and we'll talk about your next trip! We speak English, Portuguese and Spanish.

Clients can quickly view your real-time availability and self-book their own appointments, reschedule with a click, and eliminate 100% of the drudgery. 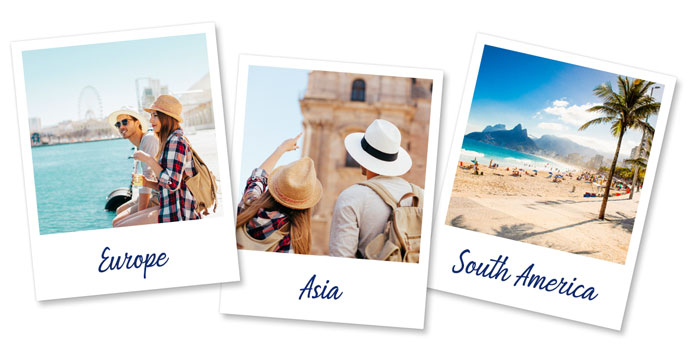